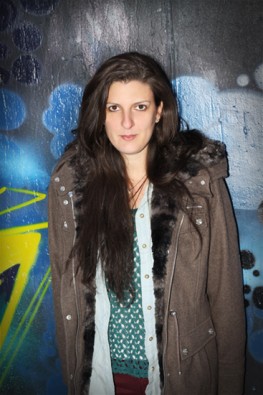 In May 2012, Rebecca released her debut album “Numbers & Shapes,” 14 tracks of original compositions written and orchestrated for over 30 instruments. While her sound can be broadly classified as an instrumental pop/classical crossover, “Numbers & Shapes” blends a variety of genres, mainly focusing on electro-acoustic, contemporary classical, and electronic styles. Each piece is unique in style and strcture and has its own little world, often toying with jazz, post-rock, and more traditionally classical concepts. The album focuses largely on concepts of music theory, numbers, natural contours, and shapes.

Rebecca is also an accomplished orchestrator and arranger. The album features a wide array of interesting instrumentations, ranging from solo piano to string quartet; to a mixture of woodwinds, guitars and synthesizers; to a 30-piece orchestral arrangement on the last track. She transcribed the album in its entirety for a 14-piece ensemble that premiered at Galapagos Art Space in DUMBO, Brooklyn in September 2012.